A company from Argentina and a service provider from Peru recently chose Kleros as a dispute resolution clause in an international contract.

Kleros Escrow can be used for contracting all kinds of services online. If a dispute arises, it will be adjudicated in a Kleros court. Jurors will consider the case and vote the winner. The ruling will be enforced by a smart contract and funds in the escrow will move accordingly.

Of course, this process requires parties to be comfortable with the use of crypto. However, for many potential users, this is an important point of friction.

How can a company use Kleros as a dispute resolution mechanism without having to use cryptocurrencies?

Early this year, Coopérative Kleros launched Project Themis with the goal of bringing Kleros dispute resolution to mainstream use cases. A good example of this are traditional service provision contracts between parties that don’t want (or sometimes, legally can’t) use crypto and the Kleros Escrow Dapp.

Recently, Themis had a critical milestone: for the first time, Kleros was chosen as an arbitrator in the dispute resolution clause of a service provision contract.

A contract was signed between Desarrolladora Creative Terra, a company based in Mendoza (Argentina), and Grupo La Nave Creativa, a marketing services provider based in Lima (Perú).

The agreement, consisting of a couple thousand dollars worth of marketing and communication services, has Kleros as a dispute resolution mechanism.

"This contract is governed under Peruvian law, so in the event of a vacuum, the current Peruvian Civil Code will be applied supplementally. It also remains expressly established that, in case of controversy, discrepancy or claim arising from this contract, parties will resort to amicable and direct treatment to settle their differences. If a satisfactory and definitive solution is not achieved within 30 days, all disputes arising from this contract, including those of its expiration, nullity or invalidity, execution, fulfillment or interpretation derived from the provisions of this contract, will be resolved by the Kleros online arbitration system. Parties may appeal the decision only within the mechanisms provided by the Kleros system. The final decision reached within the Kleros system will be considered final and not subject to appeal by the parties."

Should a dispute arise, Coopérative Kleros would assist the parties in submitting a dispute to the Kleros protocol, where jurors would evaluate it and produce a decision to be informed to parties.

Neither the managers of Desarrolladora Creative Terra nor Grupo La Nave Creativa would need to handle crypto, use a Web3 browser or deal with smart contracts. The Cooperative would charge a small service fee for the logistical handling of the dispute.

For parties, the dispute resolution process would only require using tools they are already familiar with such as email and online forms.

Any legal order requires contract enforceability and this is a key problem blockchains come to solve. Smart contract enforcement of funds held in escrow guarantees that the Kleros ruling will be enforced.

If smart contract enforcement is absent on-chain, the big question is: how to make sure that the losing party complies with the ruling?

The reality is that enforcement can be guaranteed by different types of mechanisms. When contracting parties are anonymous and/or when they plan to conduct a one-time transaction, smart contract enforcement might be necessary.

In other situations, however, other methods of enforcement may work.

First, in countries which are part of the United Nations Convention on the Recognition and Enforcement of Foreign Arbitral Awards arbitration rulings are recognized and enforced by national courts. Is Kleros a valid arbitration method under the framework of The New York Convention? Lawyer Dmitry Narozhny, a Kleros Fellow of Justice, has argued that it is in this report.

Second, even absent smart contracts and court enforcement, parties often have the incentive to comply with a Kleros ruling. A common situation is when parties having the disagreement are nonetheless committed to a long term relationship.

This happens, for example, in price review disputes in the oil & gas and the construction industries (to learn how Kleros could work in this type of situation within oil & gas, see this article by expert Abeer Sharma).

In these situations, a neutral decision is typically needed for settling a disagreement in a specific part of a contract (for example, about the price of gas or the materials to be used in a construction). Should a party opt to repudiate a ruling by the agreed upon arbitrator, it would irrevocably damage the relationship.

Finally, in some situations, there may be mechanisms at play that severely punish parties failing to comply with a decision.

Notably, the Lex Mercatoria of the Middle Ages strongly relied on reputation to guarantee enforcement. Merchants repudiating the ruling of a merchant court were ostracized. Similarly, in the early days of the stock markets, malicious brokers (“lame ducks”, in the jargon) were banned from the private clubs where trading happened. Hence, the London Stock Exchange motto: “My word is my bond”.

Secure Your Contract With Kleros

Smart contracts are an excellent tool for enforcement. If you can use crypto, feel free to use Kleros Escrow in order to secure your online transactions and have rulings enforced on-chain.

If this is not an option, you can still benefit from Kleros' fast, affordable and fair settlement by adding it as a dispute resolution clause.

If you would like to learn more, feel free to reach to us and tell us about your use case at contact@kleros.io.

Our team will check your use case, make sure it can be resolved by the Kleros protocol and assist you in setting up the dispute resolution clause. 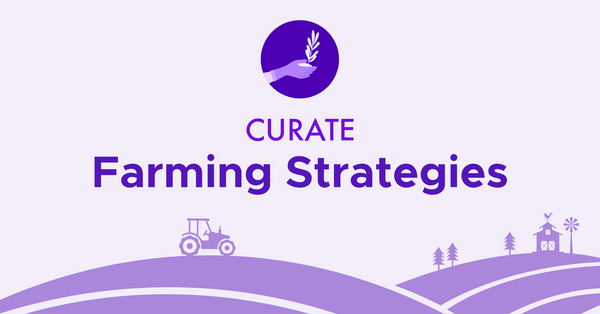 Kleros announces the launch of Curate as a vetting tool for yield farming strategies. Check out the article for more information and potential rewards.