Our leading escrow case goes live soon. Was our Doges on Trial Pilot beaten? Become a Juror in the first decentralized escrow case in history! Read on to find out how...

On July 31st 2018, we launched the Kleros protocol on the Ethereum mainnet with a pilot called Doges on Trial. It was a curated list application which relied on user submissions to create a list of Doge memes.

This cryptoeconomic experiment offered a reward of 50 ETH to whoever was able to sneak a cat image into the list. For this to happen, the image had to go unchallenged to be accepted onto the list or, after being challenged, had to be ruled as a “Doge” by jurors.

This 50 ETH reward was a way for us to test the cryptoeconomic robustness of the Kleros system, such as resistance to bribe attempts and other attack vectors. Our expectation was that Kleros jurors would be resilient against any such attacks.

Many attempts were done by users to collect the 50 ETH reward. Some included bribing jurors (sometimes, with mechanisms as sophisticated as p+epsilon attacks), submitting photoshopped pictures and other strategies. (To learn more about the results of each different attack, read this post.)

But then came the cat in the snow…

Towards the end of the experiment, the following image was submitted into the Doges on Trial website. As the image did not get challenged during the initial Challenge Period (24 hours), it was accepted into the list a day after.

The submitter claimed that this was the image of a cat and requested the 50 ETH reward.

This was the argument:

I think the definition of what is a "doge" is ill-defined as it should be because it's a meme meant to describe a general idea but also flexible enough for people to interpret as they wish for maximal creativity / internet fun.

Is a doge a specific picture of the famous shiba inu? or all shiba inus? and does it have to include the famous face or can the face be swapped or taken from an angle? or at least for me, whenever I see a shiba inu on the internet or IRL, I scream "HEY IT'S A DOGE! 😍"

I can totally see myself screaming "HEY IT'S A DOGE!" at the cat picture I submitted only to be fooled just like a bunch of people did on the Internet did as covered in the article and Tweet I submitted as proof.

The submitter argued when asked for comment before the trial:

"Technically, nothing is “hidden” in this picture. The picture is simply taken at an angle."

The position of Coopérative Kleros, which I represent as President, is that the image does not comply with the conditions of the payout policy, which was stated as follows:

It is the opinion of Coopérative Kleros that the submitted image does not comply with the payout policy in the sense that it does not “clearly display” a cat.

Hence, it is not eligible for the 50 ETH reward.

Coopérative Kleros has sent 50 ETH into this escrow contract. Funds will be held in escrow until June 11th, when a Kleros court session will take place in the General Court to decide on which side is right. The initial period for providing evidence will last for 78 hours.

You can track the trial as it unfolds at this link.

Jurors will analyze the evidence and come to a decision.

After a decision is made, the 50 ETH will be released to the winning side. The outcome of this process shall be considered final.

You Can Be A Juror in the First Blockchain Trial Ever!

If you want to be a juror in the first blockchain trial ever, have a look at our Juror Starter Kit and join us in kicking off the decentralized justice revolution! 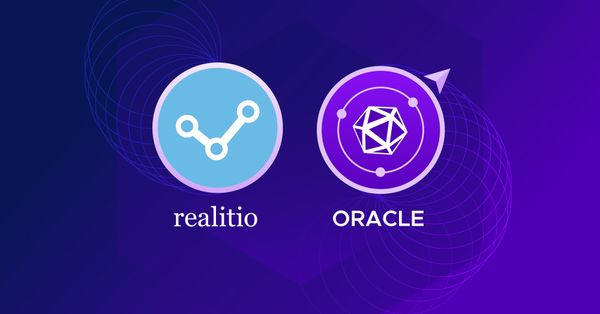 Kleros announces the launch of the Kleros-Realitio Oracle solution. A dispute resolution-backed key to adding off-chain information to the blockchain.

Kleros announces the launch of the Kleros Escrow. From e-commerce to freelancing, the dispute resolution backed Kleros Escrow creates trust in a trustless world.