Check what we've up to in our quest for building the future of justice...

Kleros was born in May 2017 with the vision of building a decentralized justice platform, based on blockchain and crowdsourcing. In less than two years time, we've managed to complete our initial roadmap, which created the much needed support for the growth of our nascent ecosystem.

Since our previous community update in August, we've continued making great strides in the development of our platform. The team is working hard on the Generalized Token Curated Registry, Proof of Humanity, based on Vitalik's idea is in its' infancy, Linguo is getting cooked up and the Kleros governor is just around the corner.

In other news, you'll see where we've been spreading the word of Kleros and the latest growth of our passionate community, an announcement of one of the most important events in decentralized justice, a peek into our latest research and so much more!

With so many things lined up, let us begin.

In order to understand our development strategy, have in mind that Kleros' dispute resolution infrastructure is made of two sides: the arbitrable side and the arbitrator side.

Major improvements on the arbitrator side were done in our previous big release, Athena, which launched in April 2019.

In the past months, most development effort focused on building Dapps connected to Kleros Court. More Dapps means more disputes sent to the court and more cases for jurors to adjudicate.

Since its launch in March, nearly 350 tokens have been submitted to Kleros’ token curated registry which was used as the backbone of Ethfinex exchange decentralized token listing process. This Dapp relies on community members to vet tokens according to a number of rules.

But the value of our TCR approach goes well beyond curating a list of tokens. It can be used to make lists of just about anything in a decentralized way: fake news sites, trustworthy plumbers, Twitter bots, you name it.

The Token Factory allows you the user to create your very own list about absolutely anything.

For now, take a sneak peak at the video below for an early version of the system.

In his keynote at ETHNew York, Vitalik suggested the creation of a curated registry to define which users are human and which are bots. This is an important piece of infrastructure for the whole decentralized ecosystem.

Recently, we launched Proof of Humanity, a project for all the crypto ecosystem to collaborate in building this registry. If you want to learn more (and collaborate!), check this document and join the Telegram group where these matters are being discussed.

Kleros Escrow has been online for some time already, and we actively use it for paying contractors we hire for doing different kinds of work.

In the last couple of months, we launched the development of Linguo, a Kleros escrow based Dapp that people can use to contract translation work. In case a disagreement arises surrounding the quality of translation, it will be adjudicated by a Kleros jury.

Our vision is that Kleros becomes a decentralized autonomous organization which handles the disputes of the whole decentralized ecosystem (and beyond!).

In the past few months, we have conducted work to decentralize Kleros governor, which controls the minting of tokens and other aspects of the court. Very soon, this will be put in the hands of the community.

All these development result in Kleros becoming an important piece of the decentralized ecosystem.

Our vision is that in the future, the ecosystem will look something like this:

As usual, the team participates in a number of activities to spread the message of decentralized justice.

The Kleros community is growing globally, with new Telegram groups being created in different languages.

The full Ethereum community gathered again at Devcon5 held in Osaka. As is our tradition, we had our bi-annual team meeting during the conference.

In the past few months, our recent activities focused on the use of social choice theory for situations where jurors are choosing between many possible outcomes and there is no single choice that is an overwhelming favorite.

In addition to working on minimizing strategic voting effects in the mechanism that jurors use to decide cases, we are also studying how other types of "voting" present in our protocol behave in the context of non-binary choices.

For example, as we have gone back and further developed a proposal we considered to facilitate forks - a last ditch tool for the community to move forward in the event of 51% attacks or deep schisms - we are considering how a forking mechanism should be designed to handle many different possible outcomes while minimizing issues regarding clones. We are also considering similar issues for future improvements to our crowdfunding mechanism.

Furthermore, we are looking at some of the interesting research questions around Proof of Humanity, particularly how it might be leveraged along with zero knowledge proofs to create anonymous and sybil resistant identities.

Moreover, we received more reports from people in this second batch of our Fellowship Program.

As innovators in the field of decentralized justice, a big part of our work is about spreading the word and create a larger research community.

A conference will be held on January 31 at the University of Leicester with many scholars and practitioners in this line of study. We hope this will be the formal beginning of decentralized justice as a field of study and research.

Organized by Rossana Deplano, a participant at Kleros Fellowship of Justice and lecturer at Leicester Law School and funded by The Society of Legal Scholars, the conference will gather some of the top world experts in the fields of dispute resolution, game theory, legal innovation and deliberative democracy.

Speakers include Mimi Zou (director at the Deep Tech Dispute Resolution Lab at the University of Oxford), Bruno Deffains (Université Paris 2 Panthéon-Assas) and Mark Beer (President of the International Association for Court Administration). The keynote will be given by Colin Rule, creator of the dispute resolution systems at eBay and PayPal and founder of Modria.

If you wish to attend this foundational conference on decentralized justice, sign up here.

As we strongly stand behind our ethos of decentralization and transparency, we've prepared the periodical overview of our finances, in order to shed some light on the internal dynamics of Kleros. Check our cumulative expenses report since the beginning of the project.

The present finds us as a consolidated team, with launched products and high respect throughout the blockchain and the legaltech industry.

Righteousness, heroic courage, benevolence, respect, honesty, honour, duty and self control, The Way of the Warrior. As these virtues stand at the foundation of the samurai code of honour, so do they stand at the root of what Kleros is fighting for.

In the words of the wise Yamaoka Tesshu: "As a samurai, I must strengthen my character; as a human being I must perfect my spirit". 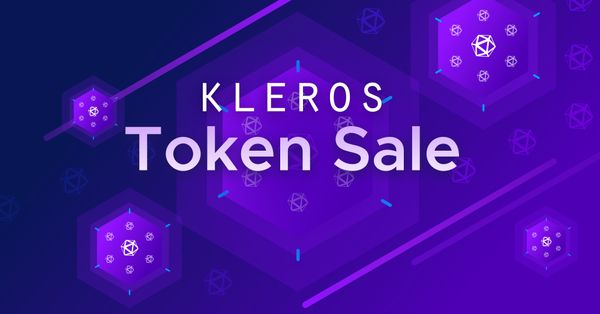 Kleros announces the launch of the second token sale, starting on January 11, 2020 at 16:00 UTC. Read more to see how you can take part! 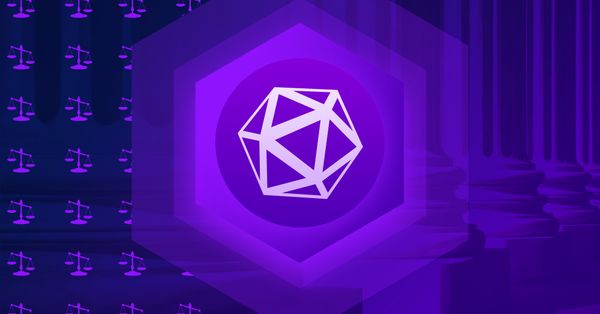 From Cleisthenes and ancient Athens to DAOs, sortition historically enabled us to make important decisions in a just and transparent way. How can Kleros become a Supreme Court for the internet?