Here at Kleros, we've been developing upon and updating our recently released Token Curated List along with our Court Dapp. You can read the in-depth announcement here. Crowdfunding gives the community an opportunity to get involved and also earn by funding challenges.  There are a number of interesting incentive based systems to entice users to participate in a number of ways. From the simple submission and challenges of certain images, to the more complex crowdfunding of appeals. Here we will look into the latter in more detail.

One of the more important features of the TCR appeal system is that both sides in a dispute are asked to contribute fees to any eventual appeals, regardless of for whom the jurors voted in the previous round.

This is necessary due to two constraints:

So, if someone appeals a case and the decision is reversed, the appellant should get her fees back, so the compensation for the jurors would have to come from the other party. Then even though that party had been ruled correct in the previous round, they need to contribute enough in appeal fees to cover this possibility.

This could become problematic if one of the parties to a case can, despite losing votes by the jurors, appeal beyond the point where the other party can afford to pay the appeal fees. We have made a number of design choices regarding the structure of the appeal fee process in order for Kleros to provide just outcomes, even when one of the parties has much greater resources than the other.

A previous version of this article incorrectly stated the flow of appeal fees in the event that an appeal is partially, but not fully, funded. It has now been updated below. Please accept our apologies for the inconvenience.

If neither side covers the value of their required appeal fees, the previous round ruling stands. If one side pays its fees and the other side does not, then the side that paid its fees wins the dispute without a subsequent vote by jurors. We will see below that, generally, fees paid on behalf of the side that loses the dispute are lost, being used to cover arbitration costs with and to provide a reward for the parties that paid fees on behalf of the winning side. Particularly, note that ETH paid towards appeal fees for a side that loses because it is only partially funded is lost, being awarded to those parties that paid the appeal fees in the last round for the winning side.

However, if both sides pay their appeal fees, jurors are then chosen to arbitrate on the appeal. Those jurors are compensated with x ETH, and the remaining 4x that the two sides collectively put in is paid to crowdfunders of the winning side, proportional to their contribution.

Concretely, this means that if you make a crowdfund contribution to the appeal fees of the party that lost the previous round, and that party goes on to ultimately win after a subsequent vote by jurors, you receive back 4/3 your contribution. Namely, you get a 33% reward for crowdfunding.

If you make a crowdfund contribution to the appeal fees of the party that won the previous round, and that party goes on to ultimately win, after a subsequent vote by jurors, you receive back double your contribution. Namely, you get a 100% reward for crowdfunding.

*Note that the exact reward ratios are subject to being changed at some point in the future.

This means that, even if you aren't drawn as a juror for a given dispute, it may be worthwhile to you to go through pending, challenged cases to look for situations where the side you think is right has not had its appeal fees fully funded.

Submitting tokens to the Kleros T2CR can get you a share of one million PNK to be distributed. Here is how you can participate. 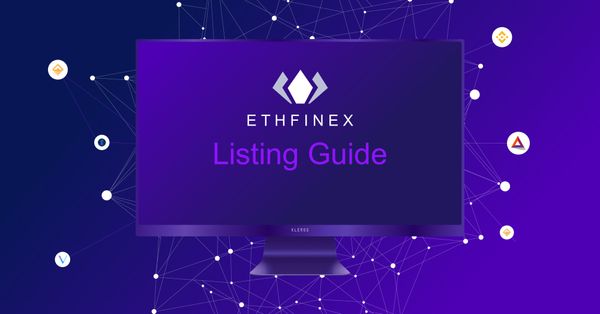 There are three stages to listing on Ethfinex exchange. Each stage must be completed in order to do so, just submitting a token to the TCR above is not enough. NOTE: Projects MUST have valid badges before going forward to the Nectar Community Vote.