Africa has in the past couple of years rapidly become a laboratory for decentralized solutions which aim to bypass archaic state regulation.

"There is so much going on when you think of blockchain, AI and new technology. This is going to be more relevant to the African continent, it will help us circumvent bureaucracies that have always hindered development. The governments which embrace it will leapfrog developmental challenges" - says Alice Namuli Blazevic, the former two-term Vice President of the Uganda Law Society.

Ms. Namuli has over a decade of experience in commercial and corporate transactions, specializing in projects and infrastructure finance, PPPs and the energy sector, while maintaining a keen interest in new technology, especially blockchain and AI. We recently sat down for a chat on current trends in Africa and more importantly - how blockchain can transform the legal industry.

Could you give us a little background on what is currently happening in Africa regarding these new initiatives?

There are many blockchain technology-based businesses that are coming up on the continent, especially in the financial sector. Blockchain has facilitated an increase in cross-border transactions. Most African countries face a lot of difficulties with cost ineffective financial systems due to the various currencies, regulatory systems and exchange rates among African countries. However, blockchain has enabled, for example, flows of assets across borders at the lowest rates.

Blockchain has enabled African businesses to access global markets by removing barriers, such as intermediary banks, high costs, interminable waiting periods, and regulatory restrictions.  It has also enabled access to financial services by the so-called ‘unbankable’ which are a majority on the African continent.

It has created a kind of liberalism among citizens. Of course, there are restrictions from the government, but there is some kind of freedom in doing business without too many restrictions.  With blockchain, I am able or free to transact with a community that appreciates independence and transparency - as opposed to slow-moving, non-transparent services offered by our governments.

One aspect of blockchain that has faced a lot of backlash is the cryptocurrency industry. The negative connotation has been propelled by unfortunate association with various “Ponzi” schemes on the continent. I have also observed that many people struggle to differentiate between blockchain and cryptocurrencies. To most people the two are one and the same. Most people opt not to deal or try to understand either of the two.

Yet, there is so much blockchain technology can offer aside from cryptocurrencies, like smart contracts which can enormously affect the legal profession. The industry is not regulated, but most regulatory authorities are following with a keen eye what is going on. We are keeping our fingers crossed, hoping that soon they will appreciate the benefits of blockchain technology and embrace it.

When you mentioned this sense of liberalism and how it is connecting certain communities, I remembered a quote of a philosopher who said that it was not the invention of gunpowder which brought down the walls surrounding European city-states, it was the invention of free trade. This story rings in a similar way. What can blockchain do to help in not just economic, but social transformation?

There are many blockchain technology-based ventures that are causing socio-economic transformation on the continent. We have initiatives in the agricultural sector using blockchain that are helping farmers in rural areas to have a direct connection with businesses in urban centres without middlemen.

Another aspect of the blockchain industry that is quite interesting is the registration of property titles on the blockchain. I believe that embracing such a quick, transparent and cost effective system in Uganda will get rid of most land disputes, the biggest source of conflict in Uganda, which contribute to the majority of cases filed in our courts. Such a reliable system would also greatly reduce fraud and corruption.

Various stakeholders have approached our government with this technology as a solution to the complexities of our land registration system and have received some positive feedback . We are awaiting to find out whether the positivity expressed by our government will turn into something tangible.

I see two tipping points. Firstly, a change in dispute resolution. Our current judicial system is still based on the laws of the 18th century, yet the people who need the services of the judiciary are changing every day in the way we communicate,relate, transact and do business.

With the rise of online or virtual businesses like Uber, Airbnb and Facebook that are making it very easy for human beings to exist, a change in the mode of dispute resolution becomes inevitable.  For example, in the case of a dispute arising out of an Initial Coin Offering (ICO), it would be a total waste of time and resources to file such a suit in our mainstream courts.  It will be a painful experience for both the judicial officers and the litigants.

The second tipping point is the change in the way lawyers deliver legal services. Clients are changing day by day. Clients are using more AI solutions to carry out business. They want fast, inexpensive legal solutions. Inevitably, lawyers will be forced to change and embrace AI legal solutions and dispute resolutions mechanisms to meet the high demands of tomorrow’s client.

Indeed, the key ingredient in creating change needs to be moving from low hanging fruit and being able to solve disputes that fall under the jurisdiction of these state and powerful non-state actors.

I recently travelled to the IBA conference in Rome to speak on a panel about legaltech. The discussions centred on the various technologies that are disrupting the legal profession and what AI legal solutions are available for lawyers.

We addressed the challenges of adopting innovative products and approaches in law firms, the role of lawyers to grow and support the tech sector in Africa, how we can create appropriate regulatory regimes for lawyers and law firms that facilitate tech & innovation in the legal sector in Africa.

Collaborations can be built between technologists and lawyers. I have a strong interest in alternative dispute mechanisms that can effectively serve or meet the demands of the new technology sector like online dispute resolution and arbitration on the blockchain.

Without a doubt, arbitration on the blockchain will become the next big thing in dispute resolution because of what it offers - fast, efficient and transparent systems. Platforms like Kleros will become the norm. They will be able to solve peer to peer, business to business disputes but in future we hope our court systems will embrace blockchain systems.

You mentioned representing exchanges. How was it dealing with the legal systems? How did this 19th century vs 21st century clash go about?

The good thing is that this new technology creates a lot of liberalism and independence from the government. Many transactions are concluded without the interference of regulators due to the virtual nature of the transactions and the absence of regulation. Therefore the chances of clashing are rare.

The main challenge we are facing now is helping our clients to find a safe regulated space to operate. Engagements with regulators have been positive but very slow. We are fully aware that being a new industry it will take some time for our regulators to fully appreciate the Blockchain industry.

We are yet to have a dispute arising between a blockchain technology based business and the government of Uganda. Disputes are inevitable in a human society. Very soon these types of disputes will arise and they will need a platform to resolve them. 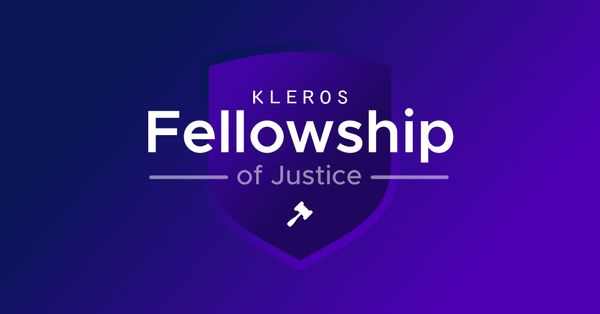 In August, we launched our Kleros Fellowship of Justice program in order to foster the research on key elements of our protocol in smart contracts, cryptoeconomics, law and business. 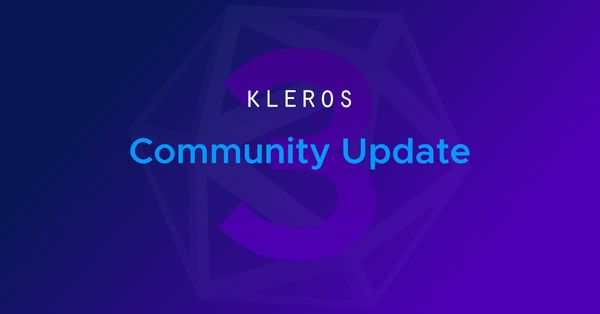 Community Update #3 from the Kleros team. A huge list of all the things we're currently developing. Including, Dapps, UX upgrade, Research and us in the media.