Our Fellowship program continues this summer (or winter, depending on the hemisphere), with a new batch of world-class experts taking their rightful place as Kleros Fellows!

With the first batch of Kleros Fellows finishing our specialist program on decentralized justice research (have a look at their reports here, here and here), we've decided to continue growing our pool.

We've received a stunning number of applications and after much deliberation, we've finally managed to narrow down our selection.

From Fortune 500 consultants, professional mediators and legaltech experts to researchers hailing from Berkeley and the Higher School of Economics in Moscow, they bring some heavy firepower to the fight for a more just, decentralized world.

The topics covered in the second batch of our Fellowship range from the implications of using Kleros on gender equality in professional mediation, applications to civil courts, the African Continental Free Trade Agreement, labor certification, artificial intelligence and commercial applications in renewable energy and e-commerce.

We even have our first Fellowship team from Brazil, who will produce a full-fledged client based smart contract paired with current Brazilian commercial legislation.

Without further ado, let's meet the members of the second batch of Kleros Fellows!

Dr. Alexei Gudkov earned his Ph.D. in law at the Autonomous University of Barcelona (Spain). He is a researcher at the Higher School of Economics (Moscow) and an industry fellow of University College London Centre for Blockchain Technologies.

During the Fellowship, Alexei will research the link between blockchain distributed arbitration and artificial intelligence. In particular, the pros and cons of Kleros vs. AI methods for dispute resolution, and how AI could be used for enhancing Kleros.

Architect and Mediator in the Construction Industry. Spain.

David C. Abad is a Spanish Architect who also holds a Masters degree in Conflict Management and Dispute Resolution from Loyola University of Andalucía, Spain. He is a member of the International Forum of Professional Mediators, and is interested in investigating how the blockchain can and should adapt the traditional mediation to the new era of dispute resolution.

During his participation in the Fellowship, David will research a decentralized method of vetting mediators, which should provide greater reliability and security to mediators selected in mediation or arbitration, giving greater guarantees to the parties in the process.

Originally from Turkey, Dorukhan Korkut Oguz is a corporate lawyer and a legal researcher based in the United States, focusing mainly on corporate law, international arbitration and online dispute resolution. After finishing his Masters of Law degree at UC Berkeley School of Law, he was appointed as a Senior Visiting Scholar at that school. Currently, Dorukhan is based in San Francisco as a doctoral student at Golden Gate University.

During his participation in the Fellowship, he will research the regulatory challenges of Kleros on the e-commerce industry in the United States.

Throughout his career, Elliot Talbert-Goldstein has conducted research and created tools that focus on using technology to improve communication and understanding. He has an MA in conflict resolution and mediation, is part of the Bosserman Center for Conflict Resolution at Salisbury University, and teaches mediation in the International Program in Conflict Resolution and Mediation at Tel Aviv University. Currently, he is assistant director for digital marketing in the Division of Professional Studies at UMBC (University of Maryland, Baltimore County).

Elliot will participate in the Business Track of the Kleros Fellowship and will investigate applications of Kleros in the context of companies using blockchain for traceability certification, including the need for oracles to verify data, and the regulatory frameworks that would support such a certification.

Faith Obafemi is a digital lawyer based in Lagos, Nigeria who specializes in blockchain, cryptocurrency and emerging technologies. She helps projects navigate the compliance regulations in the crypto ecosystem in Africa. As an aspiring legal engineer, she is learning to automate legal documents and integrate them with smart contracts.

During her time at the Fellowship, Faith will carry out research on the potential use of Kleros as dispute resolution method under the African Continental Free Trade Agreement (AfCFTA).

Flavio is a lawyer, mediator and smart contracts developer based in Sao Paulo, Brazil. He holds a Masters degree in Mediation, Negotiation and Dispute Resolution at Carlos III University of Madrid. His experience derives from several areas of law, gained over years of practice in public bodies and law firms, in Brazil and Spain.

During their participation in the Fellowship, Flavio and Sahelê will build a product based on Kleros for online dispute resolution in the Brazilian market.

Julieta Fernández Tineo graduated in law from Torcuato di Tella University (Argentina) in 2016. Upon graduating, she worked as a capital markets lawyer in Buenos Aires for a year. Then she moved to Spain to do a master’s degree in Digital Law and the Information Society at the University of Barcelona. Her dissertation covered potential uses of smart contracts under Argentine law. She currently advices corporations and startups in all aspects related to digital law.

During her participation in the Fellowship, Julieta will conduct research on the use of the Kleros decentralized dispute resolution technology in Argentine Courts in cases of civil parental liability.

Kizzy Mota is a Brazilian lawyer specialized in new technologies, dispute resolution and real estate. She graduated from IBMEC Law School and holds a Graduate Certificate in Real Estate Law from Pontifícia Universidade Católica of Rio de Janeiro (PUC-Rio). She is also a mediator at the State Court of Rio de Janeiro and a member of the Young Arbitrators Committee - Brazilian Center of Mediation and Arbitration (CJA/CBMA).

During the Fellowship, Kizzy will analyze the role of technology in international arbitration through the lens of gender bias in arbitrator appointments. In particular, she will study how the use of Kleros can promote inclusiveness in dispute resolution.

Mauricio Duarte is an attorney and notary graduated with honors from Universidad Francisco Marroquín. Before obtaining his LL.M. in US Law at the University of St. Thomas (Minesotta), he worked at one of Guatemala's most prestigious law firms, QIL + 4 Abogados, where he specialized in energy infrastructure investment, corporate governance, international investment, and commercial arbitrations.

During his time in the Fellowship, Mauricio will research the application of Kleros in the renewable energy industry, in particular disputes revolving around the distribution and trading of produced surplus energy.

Mars Robertson is the Chief Integration Officer of genesis.re, and has been involved in Kleros since 2017, after meeting the team at one of the presentations worldwide.

Ever since, he has been a contributor to the project, both through concrete feedback, as well as through proposals for the improvement of the project.

During the Fellowship, Mars will work on creating features which will improve the inner workings of the Kleros court and ease the job of the jurors.

Our latest generation of Kleros Fellows promises to bring the promise of smart contract based dispute resolution a step closer to adoption in a plethora of fields. We warmly welcome them into the fold and look forward to their unique contributions to the growing field of decentralized justice! 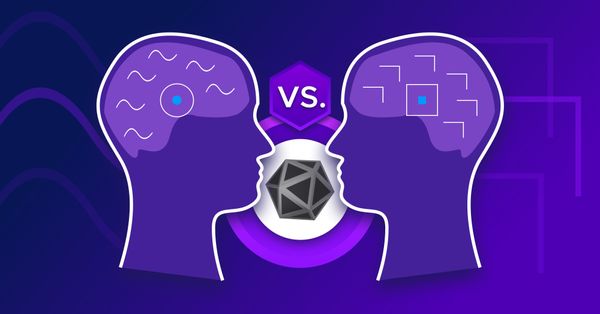 Federico Ast investigates the limitations of AI in the future of the legal industry and what role blockchain-based dispute resolution plays in this future. 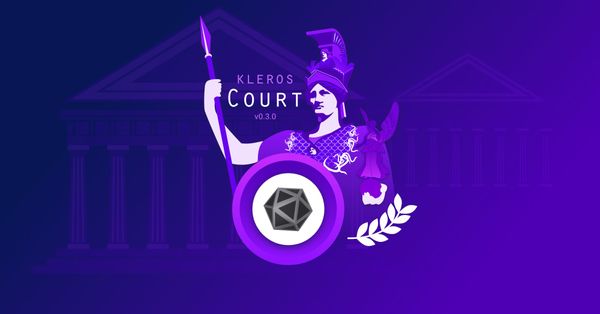 It has been two months since the last update to the Kleros Court user interface. This release we have some exciting improvements that expand the uses of Kleros.