What happens if Kleros needs to resolve disputes that have more than two solutions?

To the degree that jurors have been given more than two options (e.g. strictly speaking jurors also always have the option to vote "Refuse to arbitrate" if the case does not adhere to court policies), the other choices have generally been marginal to the point of de-facto binarizing the dispute.

However, many potential use cases do not fit into the model of having only two possible outcomes. When parties enter into an economic relationship, agreeing to use Kleros in case of dispute, they need to define the options that eventual jurors would choose between if a dispute ultimately happens. In many cases, they would want to provide jurors the flexibility to decide outcomes that are not as simple as ruling for one side or the other. For example, we could have cases where:

In this article, we will review some ideas from social choice theory which influence our design choices as we build Kleros so that it can handle disputes with many outcomes in a secure way.

Modern elections have taught us that voting can become complicated when there are more than two candidates. Particularly, in the United States and the United Kingdom, there have been several famous elections marked by warnings of "vote splitting" and suggestions of "tactical voting".

Both the United States and the United Kingdom use an electoral system called "First-past-the-post" or, in the language of social choice theorists, Plurality. In this system, voters select a single candidate and the candidate with the single largest number of votes wins (even if no one candidate receives a majority of the votes because there are many candidates). Then:

See, for example, the tool created by www.tactical.vote for the recent December 2019 UK election which suggests which tactical vote people should make in order to prevent a Conservative majority government based on where they live.

In the 18th century, the French philosophers and mathematicians Jean-Charles de Borda and Nicolas de Condorcet realized the issues with Plurality voting and proposed alternative systems.

In the ensuing centuries, many other different voting systems have been developed. A notable example is:

Variants of the Borda system are used in the parliamentary elections of Nauru, for the MVP award in Major League Baseball, and for the winner of college football's Heisman Trophy. The Schulze system, a Condorcet method, has been used for board of trustees elections for the Wikimedia Foundation and some internal elections in various chapters of the Pirate Party. The Instant-runoff system is used in Australian parliamentary elections and in the Academy Awards.

In all of the voting systems discussed above, voters are asked to rank their candidates in order of preference.

In 1950, Kenneth Arrow (Nobel Laureate in Economics 1972) showed that any voting system with three or more candidates where voters only submit a ranked list of preferences will have some pathological behaviour, at least in some cases. Specifically, he proved :

So for any ranked-preference voting system that isn't completely trivial (one person deciding) with three or more candidates, there is inevitably a possibility that a "voting paradox" will arise where the votes are translated into results in a way that fails natural properties we would want/hope for a voting system to have.

Gibbard and Satterthwaite built on Arrow's Theorem to show that in any such voting system, there will be situations where a rational voter would vote tactically.

For an example of such a voting paradox in an instant-runoff system, watch the following video:

While Arrow's Theorem tells us that some pathological behaviour is inevitable in any ranked choice voting system, one can nonetheless design voting systems to satisfy some good properties. A few examples that have been considered by social choice theorists are:

They have found that ranked preference voting systems can have some of the properties but not all one would want.

The good news is that, for many of these voting systems, the paradoxes and failures of good properties only occur on relatively rare edge cases. So one can reasonably hope to pick a voting system that has less problematic tactical voting that Plurality does. Then, the voting system one selects is a question of which 'good' properties one prioritizes.

Finally, note that other voting systems have also been proposed where voters provide more information than a simple ranking of votes, such as Approval Voting and Range Voting. These systems have a different set of challenges with respect to tactical voting.

Why This Matters for Kleros

The situation of Kleros is somewhat different. Above, we considered elections where voters have some intrinsic preference for which candidate wins. They vote for candidate A because they want A to become president. If, due to some weird voting paradox, voting for candidate B is a more useful vote for the goal of making A president, rational voters would vote for candidate B.

In Kleros, jurors want to vote in the way that maximizes their economic return. Hence, based on the idea of Schelling points, jurors want to vote with the consensus in order to earn arbitration fees and not lose their stakes. While, jurors as they hold PNK, might have a general desire that Kleros produces honest outcomes so that the system remains credible and PNK does not lose value, we expect this motivation to be secondary as jurors decide to vote on any given case.

As jurors' motivations are economic, considering the incentive system of rewards and penalties is essential to analyzing the voting system. In general, we want a voting and incentive system that:

Now, for example, consider the following incentive system for use with ranked choice voting systems. Suppose each juror has a stake of d PNK which represents the maximum she can lose for an incoherent vote. Then suppose that (based on whatever voting system we wind up using) the winning outcome is w. Then, based on her vote, a juror Alice loses:

from her stake, and receives:

ETH in arbitration fees and:

PNK in redistributed stakes. Note that, unlike the binary situation, it is now not necessarily the case that jurors are entirely coherent or entirely incoherent. They can be "partially" right.

Then one can show :

The perspective of a juror thinking of the ultimate outcome of a dispute being independent of her vote is certainly idealized, but not completely unreasonable for Kleros if jurors expected incorrect decisions to be appealed.

The standard property of clone independence that we already looked at above is even more important in the context of Schelling point based voting, as we saw in our criticisms of Schelling point Plurality voting. By choosing a clone independent voting system, parties drafting a contract that designates Kleros as its arbitrator can worry less about whether the choices they include will cause "vote splitting".

When a country chooses its leaders via a democratic election, it is important that its citizens understand the voting system so that they can fully engage in the democratic process. However, a Kleros juror may need an even better understanding of the voting system than she is using as she is tasked with mentally simulating how a vote is likely to play out to maximize their chance of being coherent with its output. Hence, it is better to choose a voting system that prospective jurors do not need to spend a lot of effort to understand.

Voting as a Maximum Likelihood Estimator

If the incentive system succeeds in incentivizing jurors to provide their honest opinion of a dispute, one might think of the jurors' votes as indicating the "true outcome" with noise, namely that which outcome(s) jurors think deserve to be ranked high is probabilistic based on some distribution that is conditional on the "true outcome" being a certain option.

This model is similar to the framework considered in work such as that of Conitzer and Sandholm. They study which voting systems can be thought of as maximum likelihood estimators when the jurors vote distributions are independent and identically distributed; namely, which voting systems return the outcome that is most likely to be the "true outcome" given the noisy votes and assuming a uniform prior over the outcomes.

This is a good measure of whether the voting system is doing a good job of transforming the "noisy signal" of the jurors' votes into correct outcomes.

Possibly the most important property for a voting system on a blockchain, a world in which for example one can have smart contract enforced bribes, is that it be resistant to attacks. This is essentially economic.

We want the number of votes that would need to be changed to result in a "dishonest" outcome winning to be high, with the rationale that this increases the cost of attacks, such as bribes that would be necessary to change those votes.

We already discussed reasons why Plurality is not as attack resistant as one would want in Schelling point based systems. For another example, in the Borda system, an attacker that wants B to win where A is the "honest answer" can perform a "burying attack" where a relatively small number of attacker controlled votes put B first and A last.

In contrast, in instant-runoff a successful attack requires that in at least one of the "runoffs" that B receives more votes than A, which should require corrupting a much larger percentage of the jurors. (Note: with the incentive system described above, the total economic cost in lost deposits if these two attacks narrowly fails are actually comparable; just the attack on instant-runoff requires that a large number of jurors lose a small amount, whereas in the attack on Borda a small number of jurors lose a lot. We have a version of the above incentive system that weights based on which outcomes are "narrowly defeated" and under that incentive system instant-runoff seems to perform better than Borda according to the measure of lost deposits for narrowly failed attacks.)

We have summarized how different voting systems fare on some of these properties in the above table.

Note: It can be difficult to prove that there exists no attack on a given system, so we use a question mark to indicate systems that seem to be more attack resistant based on current research.

We have been using Plurality voting for Kleros, which has worked well because the disputes we have considered so far generally were de-facto binary, namely they only had two plausible outcomes. As Kleros addresses more complex, non-binary disputes we want a voting and incentive system that handles well some of the challenges that that presents.

As social choice theory has seen for standard elections, this involves accepting tradeoffs. Instant-runoff voting with a (weighted) version of the incentive system that we present above is a promising choice, but we will continue to research these questions.

The Banque Publique d’Investissement (BPI) of France has awarded Coopérative Kleros a prize for the launch of Project Themis. 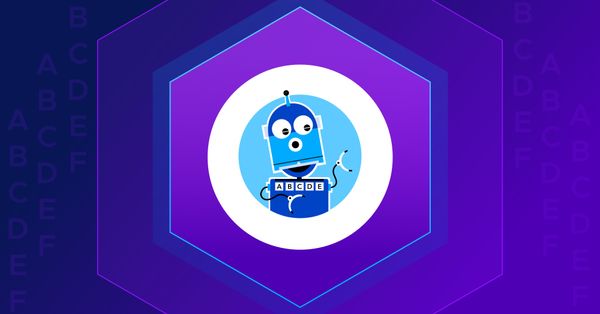 After the success of Kleros Escrow in securing freelancing transactions, the Kleros team announces the coming of Linguo, a fully decentralized and trustless translation application.