From Cleisthenes and ancient Athens to DAOs, sortition historically enabled us to make important decisions in a just and transparent way. How can Kleros become a Supreme Court for the Internet? Read more below to find out...

Kleros as a dispute resolution protocol for online marketplaces, insurance and finance has been discussed at length in this blog since its nascent stage. These disputes, naturally, come from private contracts involving a few parties.

But, there is another type of agreement that philosophers dubbed "social contracts". They define in most general terms the basic clauses under which members of a society decided to live together.

Modern political philosophy has, in a large part, been based on the idea that the source of authority of every government comes from the consent of individuals to the social contract.

This gives government the right to make legitimate decisions on behalf of the whole political body, provided that they do not contradict the clauses of the social contract, as stated in the Constitution.

The Rise and Fall of Athenian Democracy

For a look at how social contracts have been constituted, let's have a look at ancient Athens.

Between 561 and 510 B.C., Athens was ruled by a tyranny. In 510 B.C., a political leader called Cleisthenes led a popular revolution.

Between 508 and 507 B.C., after overthrowing the tyranny, he pushed a number of reforms that curtailed the power of the aristocracy and empowered the people. Cleisthenes empowered the Assembly as the sovereign organ in the Athenian government.

But the transition to democratic rule wasn't smooth. The early days of democracy were, in fact, quite tumultuous.

The philosophers of that time saw the broad powers of the Assembly as problematic for a government of reason. Hence Plato's famous quote in the book VIII of Republic:

"And so tyranny naturally arises out of democracy, and the most aggravated form of tyranny and slavery out of the most extreme form of liberty."

Plato even coined the term of "theatrocracy" to refer to a government controlled by demagogues who target the majority's lowest passions. The Athenian experiment with radical democracy ended badly in the dictatorship of the Thirty Tyrants.

In less than a year, this regime massacred about 5% of Athenians and created wide ranging political turmoil before being overthrown by a coup, after which, in 403 B.C., came a period of democratic restoration.

The democratic restoration came with a key institutional reform that changed the power dynamics in Athens. A new body called the nomothetai was created. It was responsible for reviewing new legislation.

After the Assembly passed a law, this was written on a white board at the center of the agora for a week so all citizens could see it.

If some citizen believed that some proposed piece of legislation could be contrary to the Athenian Constitution, he could start a procedure called graphe paranomon, which was basically sending the new bill to trial. The enactment of the new law was suspended until the matter was resolved.

The suit was brought against the speaker who had proposed the motion in the Assembly. He was regarded of having misled the people and corrupted the law. On the appointed day, both parties pleaded their case in front of the nomothetai, a jury of randomly chosen citizens who would decide whether the new law was constitutional or not.

The losing party had to pay a fine. If the law was accepted, it was written on a marble stele.

The nomothetai was a sort of a democratic brake on the legislative process. This procedure was important for reducing the power of the Assembly (and especially its vulnerability to the exhortations of demagogues).

The goal was to make democracy more rational and responsive to the needs of the polis as a whole, giving greater emphasis to the ideas of considered judgement, due process and impartiality. It was the equivalent of the checks and balances of modern democracy but with a direct recourse to an organ of the people.

Why We Need a Supreme Court for DAOs

As a larger part of our social interactions move to DAOs, communities need to make decisions about topics such as code updates or user fees.

Different mechanisms have been proposed for making these decisions such as liquid voting, futarchy and quadratic voting among others.

(To learn more, check this excellent Tweetstorm by Jesse Walden on different models of DAO governance).

There's no one size fits all. Different platforms will probably end up having the system of governance better suited for their culture and practices (maybe in a similar way that Montesquieu thought that different societies had different optimal forms of government).

However, regardless of the chosen model of governance, all platforms need a way to make sure that community decisions do not violate the social contract, the main principles that bind the community together in the first place.

In 2016, when The DAO incident happened, no decision mechanism was in place to address the situation. Was it acceptable to revert transactions? Or had the "code is law" principle to be respected no matter what?

The lack of a way to address this problem through the governance mechanism ended in a contentious fork and a division of the community. But forks are hard and expensive. In some cases, they may not even be possible.

This is why a type of a Supreme Court mechanism is a key part of blockchain governance. And Kleros can provide this layer, which makes sure that initiatives voted by a community comply with their Constitution.

Kleros as a Decentralized Supreme Court

1. Someone makes a proposal in the DAO governance mechanism.

2. Token holders vote with their tokens.

3. The tokens of the winning party are locked for a period of time.

4. During that period, anyone can challenge the new law if they think that it does not comply with the DAO Constitution or with some deeply held values in the community. Challengers need to make a deposit.

5. If there's a challenge, a dispute is created in Kleros and a panel of jurors is randomly selected (to learn more about how jurors are selected and incentivized in Kleros, read the white paper).

Moving forward, governance will be a key aspect of DAOs and blockchain scalability. In this context, the ability to define when a new law complies with the principles on which a community is built will be important.

This being such a new field, we have little experience in what works and what doesn't. But luckily we have history as a beacon on how human communities tried to solve their collective decision making problems in the past.

"History does not repeat itself. But it rhymes".

The Ancient Greek and the tradition of social contract theorists teach us that a procedure is required to make sure that community driven initiatives comply with the fundamental values and norms that bind the group together.

Kleros can play this key role in the future of blockchain governance: a Decentralized Supreme Court for the Internet.

Check out what we've been up to in our quest for building the future of justice in our December 2019 community update! 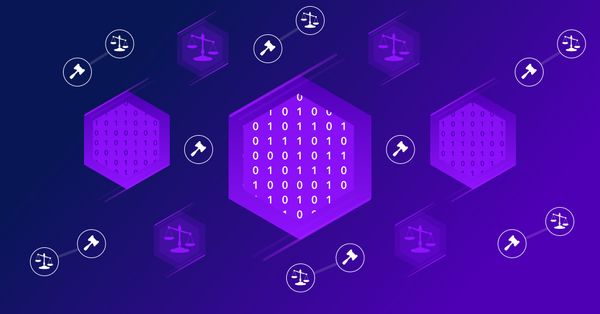 Sophie Nappert takes us on a journey to the relationship between humans and algorithms in 21st Century arbitration and how to keep the perils of algocracy in check.