In this week's rendition of the Kleros Interviews, we bring you an exciting talk with one of the world's leading experts on sortition as a political tool - Dr. Peter Stone of Trinity College in Dublin. Why has randomness become so important? Scroll down to find out.

Could you give us a short historical overview of sortition in political and legal systems, how did this technology come into being?

The idea of using sortition as a political technology goes back to at least the Athenian democracy. It was used in a serious way by the 5th Century BCE. There is a debate about the origins of it. For example, was it originally regarded as a religious method of divination or something like that? Most scholars today reject this idea.

Sortition was used in a critical way by the Athenians for their administrative council. It was also used to select most of the magistrates, and it was used to fill the courts they employed. Through Athens sortition got exported to many of the democracies around the Greek world. That’s why Aristotle famously says that election is the way that aristocracies select their officials and sortition is the way democracies do it.

After the eclipse of Athens as a democracy, the lineage seems to die out. Sortition seems to be the kind of technology that gets rediscovered independently; the direct connection from Athens to many later uses of sortition is rather spotty, if it exists at all. There seems to be evidence that a lot of communities around Europe employed sortition, in particular city-states in the Middle Ages. There seems to be a lot of ‘reinventing the wheel’ happening in a lot of places.

Sortition was most famously associated with Renaissance Venice and Florence. In different ways, sortition is incorporated into the electoral procedures of these two city-states in very complex systems. And then there is the Anglo-American development of the jury system, which develops in the early Modern period and continues until today.

In modern nation-states, sortition has long been on the fringes of the political system, rather than at its heart, until quite recently. It has only been during the last twenty or thirty years that anyone started taking this practice seriously again. Now you have large-scale uses of sortition being developed, particularly the two constitutional conventions Ireland held in the last few years.

One concept that you mention in the ‘Luck of the Draw’ is the concept of allocative justice. Could you tell us a little bit about what that means and how it is used?

That could mean university admissions, public housing, all kinds of things. Political office in some situations might be construed in that way. The idea is that sortition is an appropriate way to respect those rights, the claims that people have to this in situations where there are many people with equal claims and not enough of whatever you are giving out to go around.

Kleros is trying to create a dispute resolution mechanism based on sortition for modern decentralized systems. Could you give us your view regarding how sortition could help democracies,  justice and decision making in practice in this new digital age?

There are two facets of it. One is that you are selecting people in a manner that prevents anybody from ‘stacking the deck’, from taking the selection process and manipulating it in a way that benefits them. Related to that is the factor of unpredictability, because random selection is all about unpredictability. Of course, to the extent that you can predict who is one to be making the decision, even if you cannot control who selects them, you can suborn them.

So having the factor of unpredictability there together with the fact of preventing any control over the process is a really great way of ensuring a certain form of impartiality. That’s essentially the concept behind the jury as employed by the United States, Britain, and other countries in the UK tradition.

Do you see sortition as a mechanism for the 21st Century which can create a concrete impact on changing power relations within the global system? Does it have the power to shift these relations?

The practice of sortition arose there because people were concerned with preventing corruption and domination there. It was about preventing political monopolies from emerging, from keeping any of the big families from taking over, preventing the creation of Venice’s own version of the Medicis.

But it was most definitely not a tool for empowering poor people. It was a mechanism that was entirely employed within the Great Council, all of whose members came from well-born families.

And so sortition was used in Venice for a particular purpose, and in that context it worked well for that purpose. All by itself, it did not create a utopian move towards empowerment, justice or anything like that. It was used in a particular way and that’s how it’s going to look in the future.

It can be used in ways that are very disruptive to traditional ways of doing things, very empowering to different groups, or it can be used in other ways. As for how it’s actually going to be used in the future, time is going to have to tell. 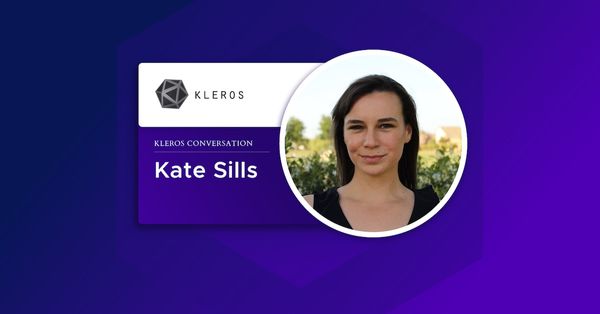 As a computer scientist interested in political philosophy and community lead at Agoric (a project founded by Mark Miller, one of the architects of the legendary Project Xanadu), Kate is a humanist in the blockchain space. 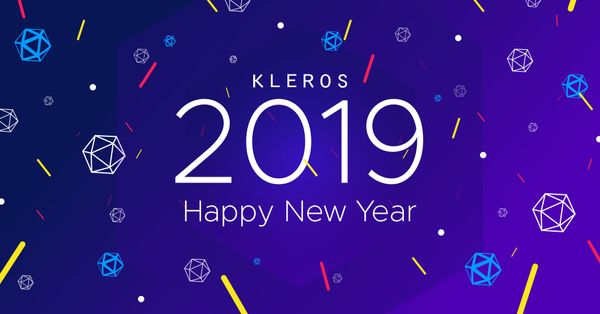