University of Leicester will be the host of the conference titled “When Blockchain Meets Arbitration: the Birth of Decentralized Justice” on January 31st from 9am to 5pm.

The conference will be convened by Dr. Rossana Deplano, lecturer in law at the University of Leicester, and is funded by ESRC Impact Acceleration Account and The Society of Legal Scholars.

The goal of the meeting is to explore the concept of decentralized justice and the impact of blockchains on arbitration.

A panel of distinguished speakers, among them members of the Kleros team, will discuss the interplay between blockchain and law by conceptualizing smart contracts as legal constructs, including means to resolve smart contracts disputes.

The Birth of Decentralized Justice

Online dispute resolution (ODR) is certainly not new. Since the early days of the Internet, people thought about using online tools to solve different types of disputes.

In spite of the high expectations of the early days, ODR failed to become a massively used method for dispute resolution. This may about to change as blockchains bring new features to this old industry, in particular - the concept of decentralized justice.

In December 2019, in our joint presentation at the Max Planck Institute for Procedural Law, with Professor Bruno Deffains (University of Paris II Panthéon-Assas), we argued that decentralized justice has three defining features.

First, the dispute resolution procedure is encoded as a decentralized autonomous organization built on a blockchain. The system complies with the six key features of the rule of law (Weingast and Hadfield, 2013):

Third, the system is perceived as producing fair outcomes by the agents participating in it.

Kleros was the first decentralized justice system to see the light of day. But it will certainly not be the only one. We are witnessing the birth of an industry.

When Blockchain Meets Law: the Birth of Decentralized Justice from Federico Ast

The Challenges of Decentralized Justice

In his recent book, “Online Courts and the Future of Justice”, legaltech expert Richard Susskind argues that there are two ways in which courts of the future are being envisaged: gradual reform and radical change.

Gradual reform is about the application of some technology tools in order to bring incremental improvement in the way courts work.

Radical change is, of course, a fundamental overhaul of how the system works.

Decentralized justice leans on the radical side. It proposes to rethink arbitration from the first principles using a combination of technologies which include blockchain, game theory and collective intelligence.

This new approach poses a number of questions and challenges from different perspectives.

Legal challenges: What are the main obstacles for this innovative methodology to be accepted as valid by traditional legal systems? Could the methods of decentralized justice be someday expanded to national courts?

Ethical challenges: Will the outcomes of decentralized justice be perceived as fair? Which are the ethical models that could be used for assessing its fairness?

The conference "When Blockchain Meets Arbitration: the Birth of Decentralized Justice" will take place at the Fielding Johnson building – Law School, Council Suite Room 1 (First Floor) on the 31th of January of 2020.

10:00hs. In Code We Trust? Towards a Substantive Account of Smart Contracts. Prof. Mimi Zou (University of Oxford).

PANEL 3 – The Future of Decentralized Justice.

15:00hs. Blockchain and the Courts of the Future. Mark Beer OBE (President of the International Association for Court Administration).

The goal of this conference certainly isn’t to reach any definitive conclusions, but to kickoff a new research field and open a research agenda for years to come.

You too can be part of this foundational moment for the future of law. If you wish to attend the conference, please register here.

If you wish to attend, be sure to read in advance Kleros' book: Dispute Revolution. 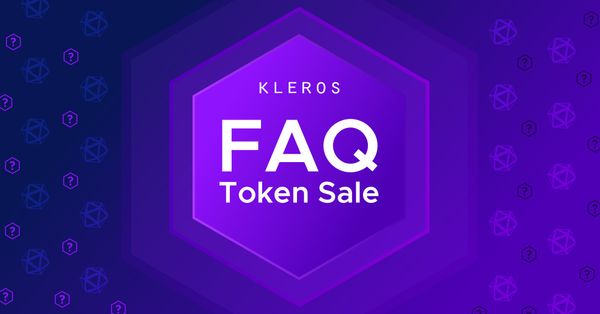 It has begun - the Kleros token sale is upon us. This FAQ can answer many questions. Have a look inside. 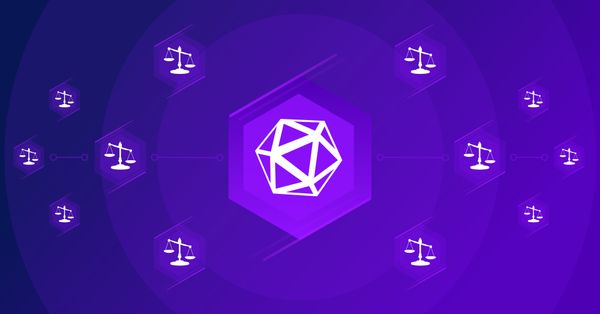 Can Kleros resolve disputes in the mainstream world? How would it work? Short answer? Yes. See how right here!