E-Commerce - Social Media - Token Curated Lists The possibilities are endless. With Kleros you can decentralize this process. Read how below.

This article is based on a lecture given by Clément Lesaege, the CTO of Kleros at the ChainIn Blockchain and Cryptocurrency 2018 Conference.

Curated Lists as a Solution to Decentralizing Information

Today we bring you an all-encompassing explanation of curated lists and their role as a building block (hence, primitive) in cryptoeconomic systems. Curated lists are a tool which incentivizes users to curate reliable information. This is not a new concept, online marketplaces, forums, hotel listings, email (let’s not forget that proof-of-work was invented to fight spam), all these systems use curation to separate relevant from irrelevant information. What, then, do these lists look like?

There are different types of lists.

In a traditional case of an internet company, information is organized based on centralized rules and moderators. Companies such as Google and eBay have specific rules determining the websites and products that are to be accepted and presented in their listings and their position when presented to consumers.

This process leverages user input, such as reviews and reports about violations of terms and conditions. However, companies filter this information and have the final say. The owner/administrator gets to decide which items will be promoted or demoted (in a layered list), in which order they will be shown to users (in ordered lists) and which will be allowed to be included in the list at all.

This gives the centralized owner considerable power. It is the owner who will ultimately decide which websites will be allowed into the search engine, which restaurants will be accepted into the list and which tokens will be traded in the exchange.

Many companies in the blockchain ecosystem are building decentralized versions of Google, eBay or Yelp!. For these to be fully decentralized, they also need a decentralized way to assert which websites, products or restaurants to accept into their listing.

Cryptoeconomic mechanisms can answer this question in the form of token curated lists. All of these rely on economic incentives to have users organize the list in an honest way and on cryptographic techniques for the process to be fully secure.

There are a number of design proposals for decentralized list curation. For example:

It is important to look at different curated list design choices, depending on the purpose of the list.

Let’s imagine a list of gardening tools. In order to post a tool to the list, the user needs to submit a deposit. If the item is not challenged, the user gets his deposit back after a certain time.

In order to solve this (and decide whether the item should be accepted or rejected), we will need some arbitration process. This could be done in three different ways.

Kleros has developed its’ first experiment of such sort through our ‘Doges on Trial’ to verify that curated lists actually work. We have built a curated list of Doges as a candid example of an effective curated list and tested incentives to see whether we get a cat on the list. The experiment is still running, so feel free to try it out and maybe even try getting a cat on board! 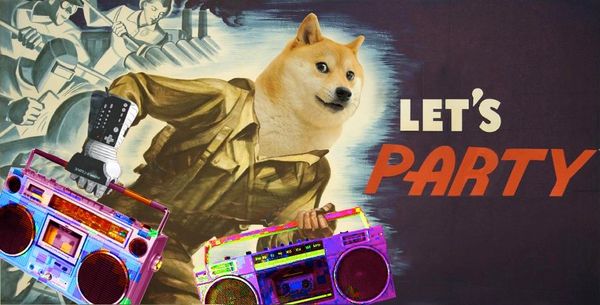 The end of our decentralized curated list pilot is drawing near. We've run the Dogelist experiment for nearly two months now and will soon create a detailed post with some of our findings.