We've been very busy with the development of all our platforms, from new ones, such as Linguo and Dispute Resolver to improving the foundations through continuous improvements to the Court interface and our Escrow.

Since our last update in December, we've been keeping very busy, polishing our interfaces, tinkering in the background, adding new functionalities and creating an overall better UX experience for our users. Let's have a look below at the full list of what we've built in the last three months!

Our Court is improved on a rolling basis, as it is our key DApp. Some bug fixes and improvements were made this quarter including:

The interface of the Kleros Governor, a smart contract to control key parameters in Kleros and decentralize control over the platform has been launched on mainnet, although it is still in beta phase. Enforcements are being added to the interface every session to test functionality.

You can see the latest version of the Kleros Governor here.

We've been working and succeeded at fully integrating ERC20 token payments through our Escrow - in the last quarter, we polished some bugs and introduced certain improvements, including:

In the first quarter of 2020, the Generalized TCR app received a couple of new features, but most of the focus was on stabilizing the software, finding and fixing bugs.

The whole team reviewed the smart contract and we put a bug bounty on the code. New features include:

Overall, the Generalized TCR is much more mature and production ready. The new additions make it look better in general and allow for a new class of TCRs. If you want to get more details on the recent updates, please read the change log file in the repository here.

You can check out the testnet deployment here.

Linguo is our new decentralized platform in which anyone can submit a document for translation and have it done by freelancers in a trustless environment.

The development of the Linguo DApp is well on the way and we are using it as a UX lab, experimenting with a different way of onboarding users. Instead of requiring a Metamask connection as soon as users visit the app, we let them freely navigate through it and will only ask for a wallet when needed.

We also want to start supporting different wallet providers, not only Metamask. Our first DApp to have such functionality is the GTCR. For the first release, we will allow Linguo users to connect through Fortmatic as well. Different wallet providers could be added in future releases with little effort. We will gather feedback from the community to decide which providers we should support.

This is more aligned with what we observe in modern DApps, as we give the users more control over how they interact with the app.

Linguo is still under early-stage development, the first version will be released soon.

We finished writing and testing the smart contract for Proof of Humanity. Proof of humanity is a community led project to create a sybil resistant identity system, which would allow the creation of unique profiles of all users on a network and prevent malicious actors from creating multiple accounts.

Have a look here for more information about the project.

We are in the early phase of building an integration with Alice Protocol. Currently, we are working on smart contracts that will connect Alice with Kleros. Stay tuned for updates.

The Dispute Resolver, a DApp which makes creating disputes easy without having to develop your own arbitrable DApp has been making great strides. We have updated the design, added new functionalities and introduced bug fixes. Here is a complete list of improvements:

We also had to update the smart contract as well, and those were breaking changes. So with this update, you won’t be able to see old disputes. To access the legacy version, click here.

For the latest version of the Dispute Resolver, see here.

Great things are on the way, with the Governor, GTCR, Linguo and more platforms coming out soon and integrations following as well. We continue our work confidently, knowing that with every line of code we come a bit closer to creating a more accessible dispute resolution mechanism for the modern age. 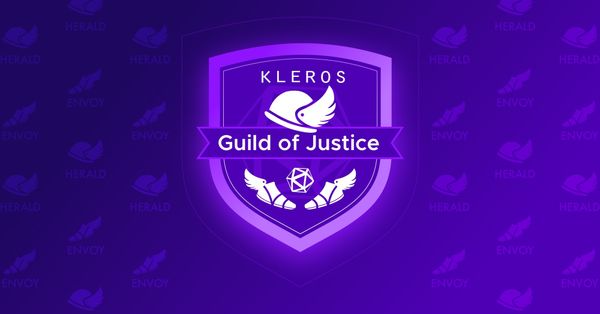 Kleros is proud to announce the formation of the Kleros Guild of Justice, striving to gather our global community and spread the word of decentralized justice far and wide. 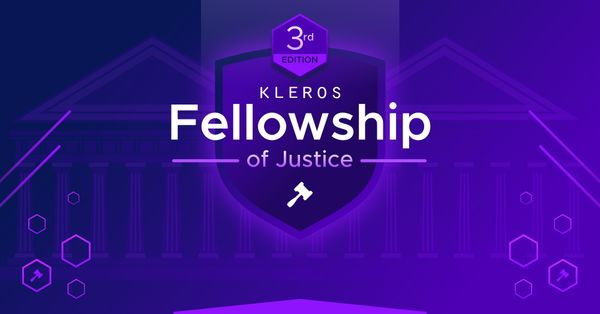 Kleros is proud to welcome the third generation of our Fellows to the Kleros Fellowship of Justice.